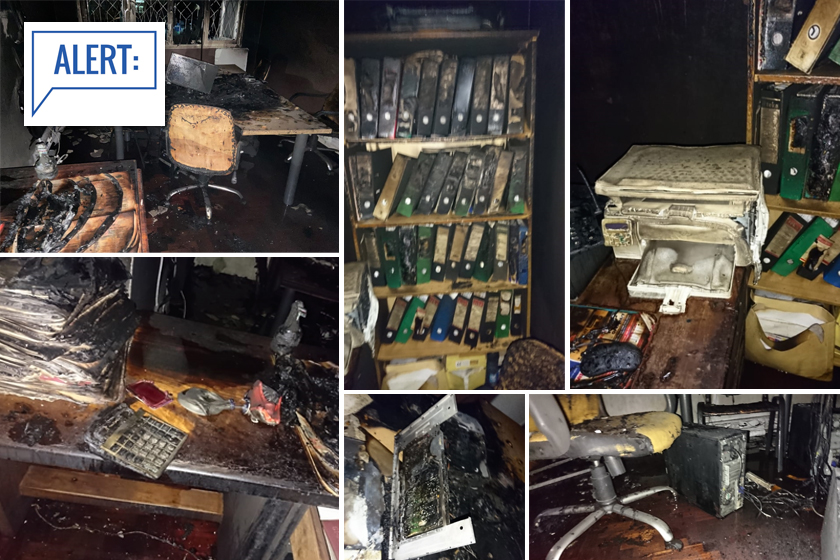 MISA Mozambique strongly condemns the barbaric and cowardly attack on the facilities of the newspaper Canal de Moçambique on last Sunday night, August 23, 2020.
Unknown individuals broke into the facilities where the newspaper operates, at 1041 Maguiguana Avenue, in Maputo city, and put in two 20-liter fuel drums and then set fire before leaving the site.

This attack should never be seen in isolation from the context of a global strategy, set in motion by the most backward forces of our society, to reverse the democratic process in Mozambique by shaking the pillars that sustain it.
In fact, there can never be democracy in a society where the institutions of freedom of expression and freedom of the press are systematically victims of intimidation and threat, which is precisely the objective that the attackers intend to achieve.
The lack of sensitivity and mercy of the criminals is notorious, who, besides their target, have also put at risk the lives and property of innocent citizens living near the Canal de Moçambique facilities.

MISA Mozambique deeply regrets that acts against freedom of expression and freedom of the press, enshrined in the Constitution of the Republic as fundamental rights, take place in the country on a regular basis, without their perpetrators and promoters being held responsible.
The regularity and impunity with which these acts have been taking place may suggest that criminals have strong links with important sectors in the state hierarchy.
MISA Mozambique demands that the authorities help to clarify this case as soon as possible, holding their respective actors accountable in an exemplary manner, and that necessary measures are taken so that similar cases do not happen again.